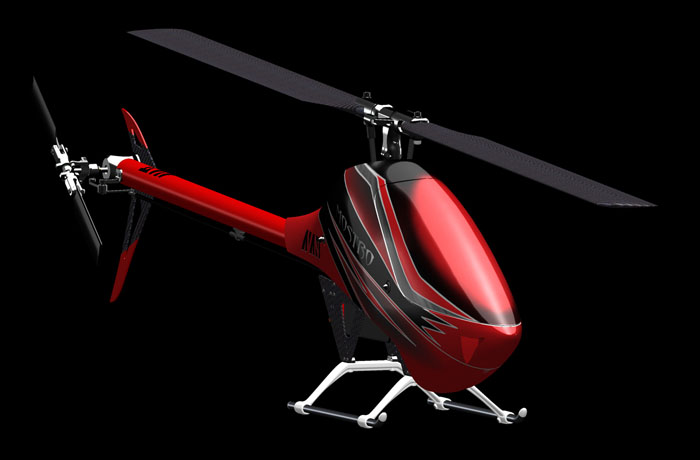 Based on customer’s feedback we decided to make a new landing gear mold to widen the landing gear. The part will be shipping the week after next and will be available as an spare part and in future kits. Notice also that we made a new version of the frames for an even lower profile. The Landing gear now partially hides inside the canopy. The lower stance frame is a drop-in replacement for the original one and is currently shipping as the standard kit frame in all kits.

This is the red version of a new color scheme available as an optional set. There is also a neon yellow version pictured below. This version is being previewed in the new Mostro Nitro introduced at the IRCHA 2014 event. 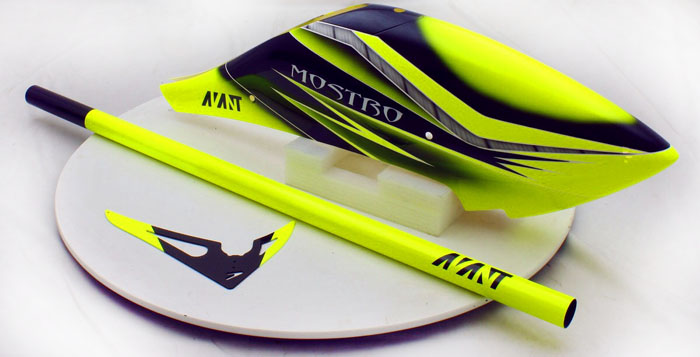 The new color schemes will be available as optional parts. Kits will ship with the original canopies. The red scheme uses the same red boom and fin used in the original kit so only the canopy is different. 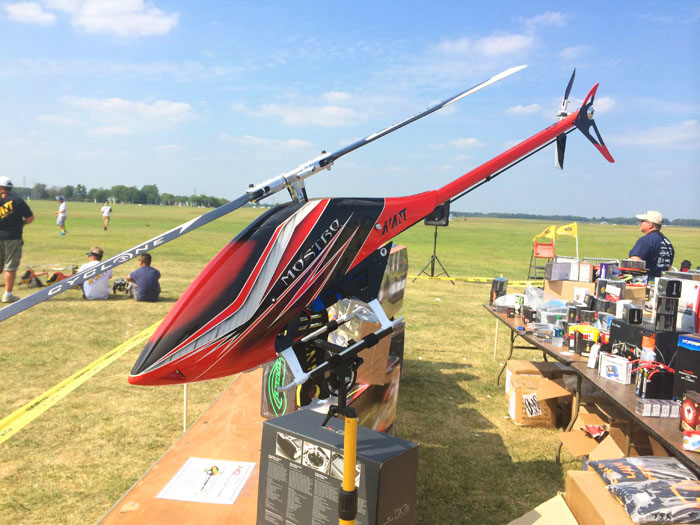