The Mostro 700 Nitro. The first Modern Design Nitro in the market.

The Mostro 700 Nitro is the first Modern nitro in the market that has all the modern design features normally found only in advanced electrics like the Mostro 700 electric. 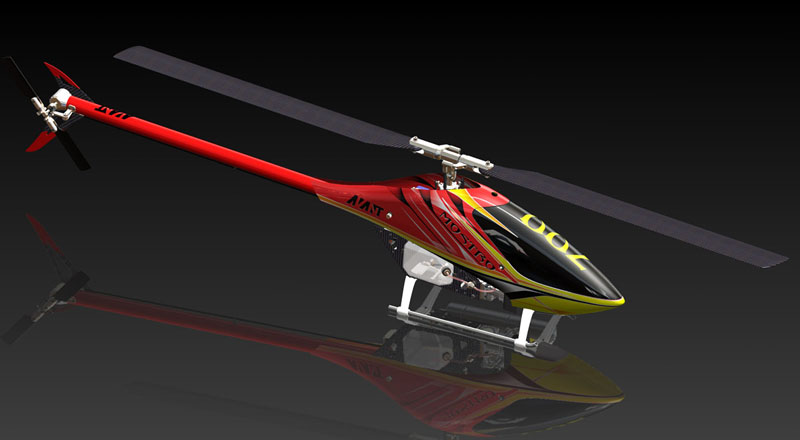 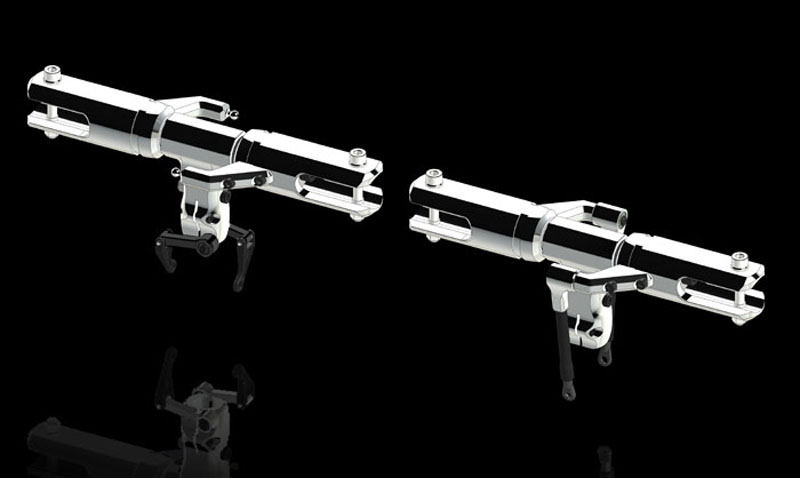 The Mostro Nitro is available with both DFC or FA (Follower Arms) heads. Both heads feature the famous RigidCore dampening system.
A dampening system that allows rigidity to work at all head speeds including very low ones.

Features always wanted by Nitro pilots and enjoyed by electric pilots are now available in the Mostro Nitro. 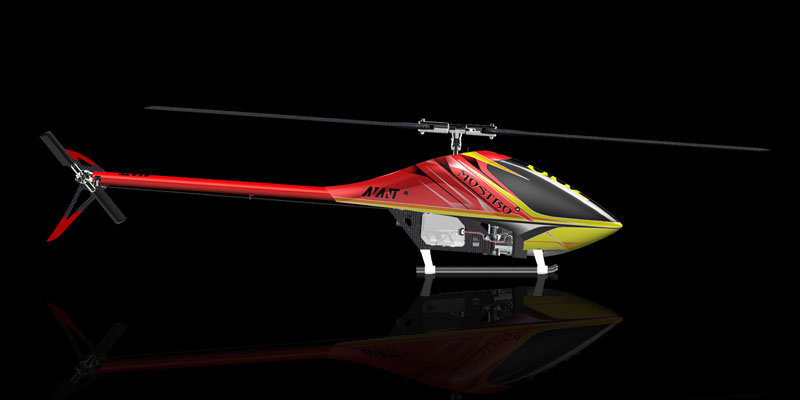 A beautiful and sexy design makes the Mostro an attractive model that will turn heads at the flying field. 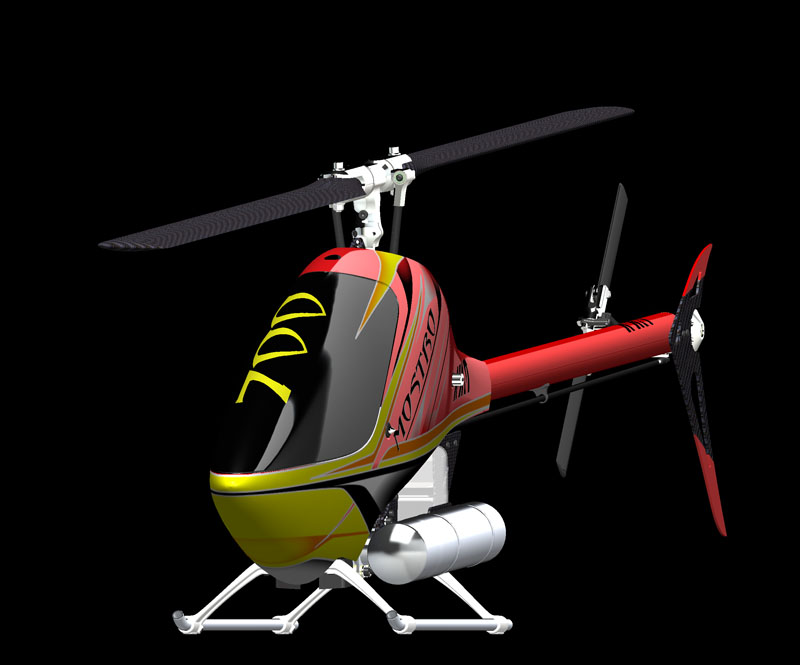 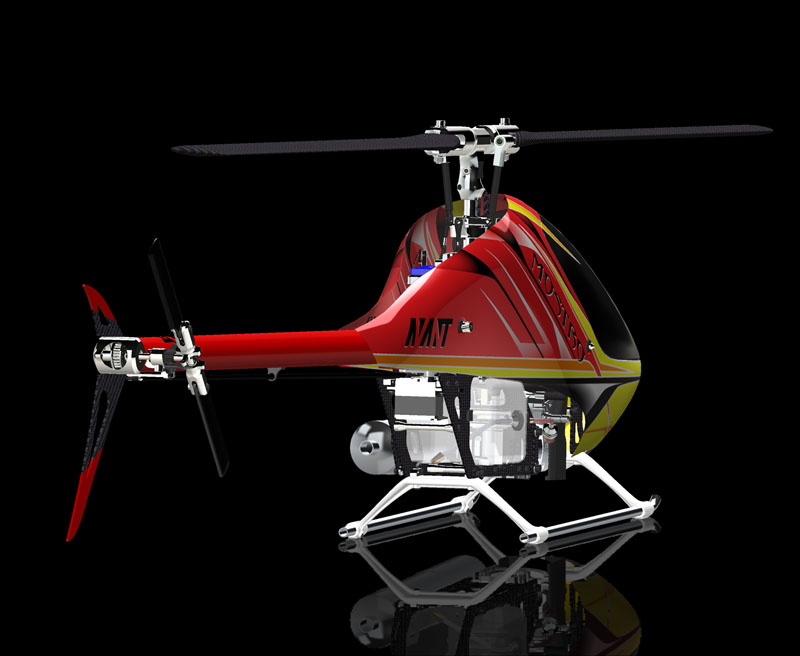 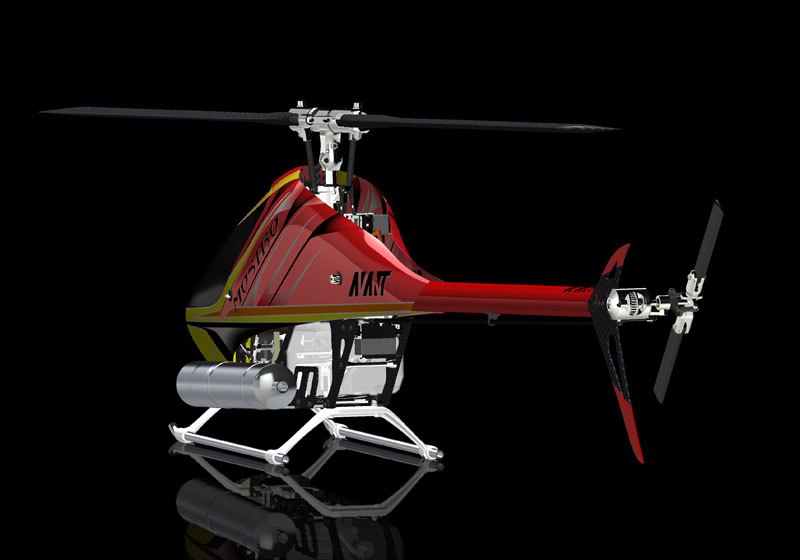 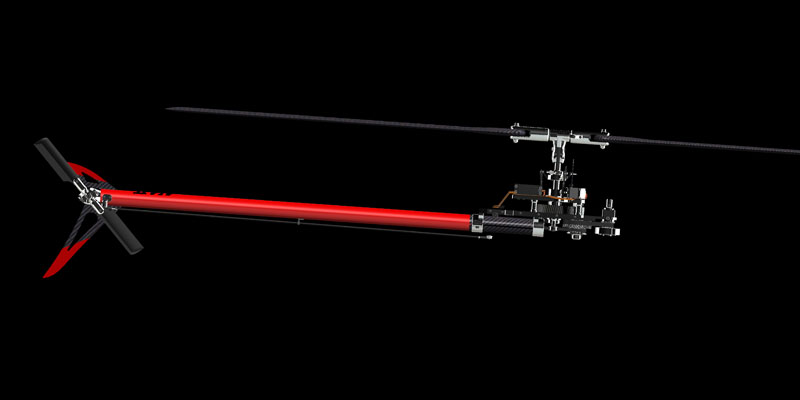 This is truly a new approach that we are introducing in the market.

When designing the Mostro, we wanted to have all the mechanics connected rigidly, without flexible elements unless dampening is required. The result was the design of what we call the Mostro “Monoblock” ( single block).

In the Monoblock design, all elements of the system that affect the gyro sensing are mounted in a rigid superstructure. No part rests on the flexible frames unless it needs dampening.

The Monoblock is actually the flying helicopter. 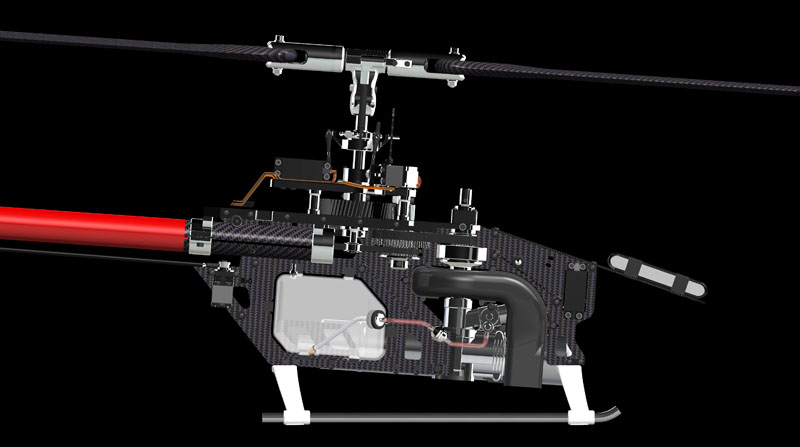 Everything in the Mostro nitro is readily and easily accessible. Repairs are a breeze and easy access to the engine is unparalleled.

Boom supports are a thing of the past. The machines need to look nicer. The technology is available so why not use it? Yes the obvious answer is Carbon Fiber. The lightness and extreme rigidity of the boom made out of carbon can only be enhanced when a much larger diameter boom is used. Also why round? Because round is the ideal cross-section to handle torque.

It is not only the shape of the boom that  is important, but also how it is supported. In the Mostro we have two far away spaced boom clamps that decrease the bending force applied to the boom.

We also made  the area of physical contact between the clamp and the boom very large so that the  clamp pressure  is spread across a larger area, protecting the tube from damage due to excessive tightening. 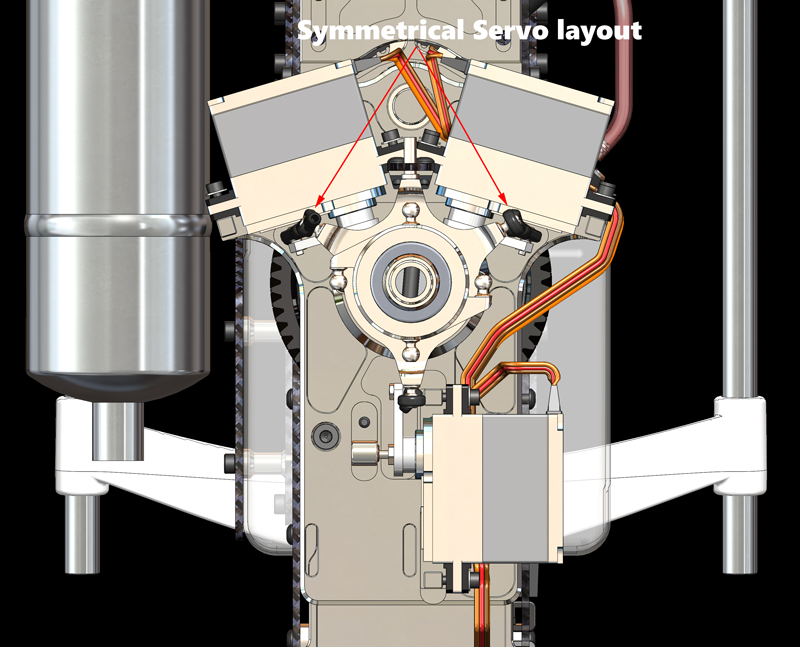 We wanted to have the shortest possible distance between the swashplate and servos without resorting to weird geometries, that forces the electronic FBL unit to fight back geometry  that is not best suited to mimic what the radio control system’s gimbal does.

No matter what system  you are using, the radio’s gimbal is composed of two potentiometers that measure two angles. Those angles are the  horizontal and the vertical movements of the stick by your finger.

The best way to match that is to have symmetry in those two directions. The  most critical direction in manoeuvres is the side to side movement, which is naturally better driven via two “mirror-image” configuration servos, so that  manoeuvres like fast aileron tic-tocs are performed mostly by the mechanics and less by the electronics trying to compensate for the mechanics weird geometry. This results in  a lessened delay between the FBL gyro sensors  detection of an unintended movement created by odd geometry, and also a lessening of the correction that it has to do to compensate. 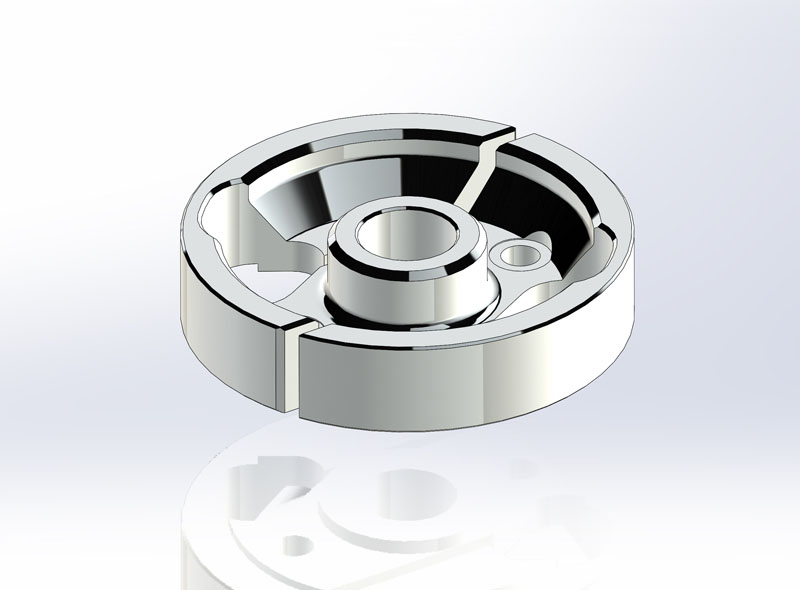 Rugged clutch sized for today’s 120 sized engines. No slipping or breaking due to our exclusive no-fatigue shoe spring design. 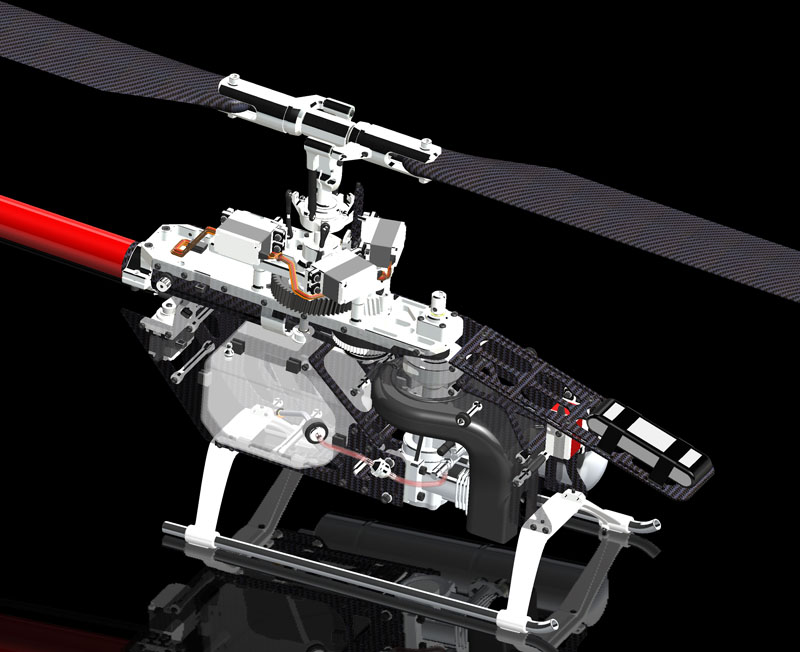 Get your Nitro today by clicking here.