RigidCore™ applies to all the heads. RigidCore™ is the dampening system invented by Avant that allows a virtually rigid head to be smooth even at low head speeds while in hover. This is attained by the development of a special non-linear compression polymer used in the dampeners and some other techniques and that’s about all we’re going to reveal about it :).
Experienced pilots that have flown a RigidCore™ head know how smooth and at the same time super-crisp and agile a RigidCore™ head is compared to pretty much all the the other FBL heads in the market. This technology is also part of the Mostro heads both the FA (Follower Arms) and the DFC (Direct Flight Control).

Both Mostro heads the FA and the DFC are of the exact same height. Because we use the RigidCore™ technology we don’t need to use a softer dampener system in a FA head or increase the height of the head as it’s forced to on less advanced systems. 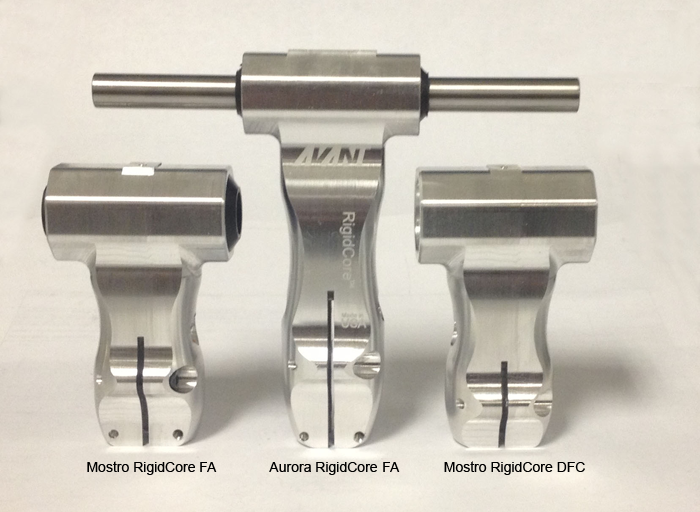 The Mostro spindle is 10mm and the Main Shaft is 12mm. 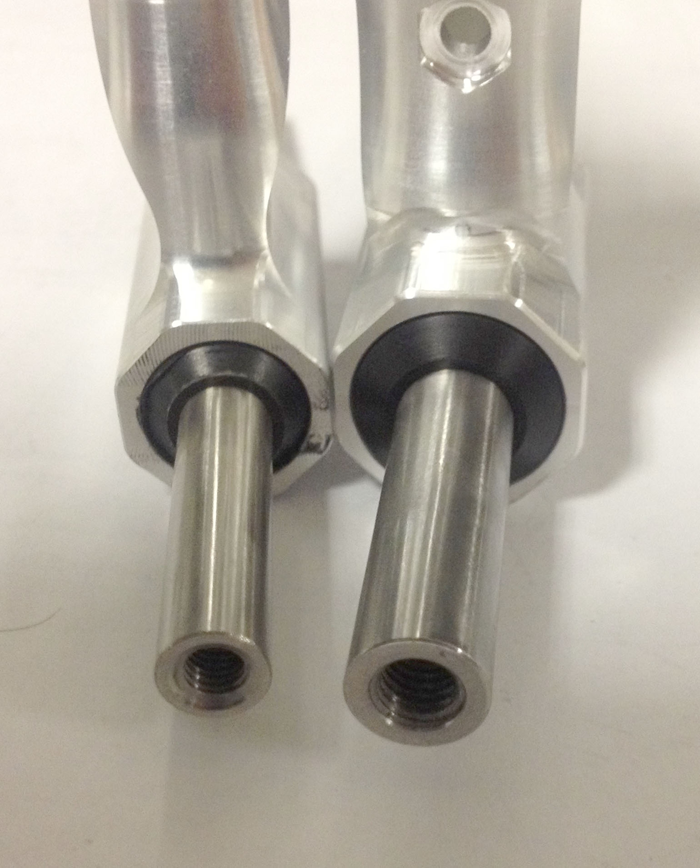 In this picture you can see an Aurora Spindle and a Mostro spindle.

The Mostro heads use a larger RigidCore™ dampener. 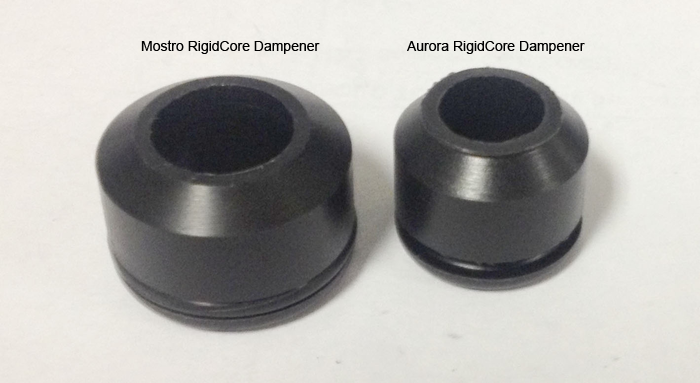 The main difference between the Mostro FA and DFC rotor head systems is DFC simplicity compared to a FA rotor head system. Since there are many customers who want that simplicity Avant took a step back and  analyzed the DFC style rotor head and evolved it even further by eliminating fatigue point issues present in many designs. Some other brand designers attempting to minimize the fatiguing issues ended up with loose heads that caused the rotor head to lose its crispness. The end result with the Avant heads is that if you like the DFC style head because of the simplicity you have now a head that’s designed properly and works as intended and you’re not going to be penalized by lack of crispness, metal fatigue or other issues that other DFC heads have.

As far as performance between the Mostro version of the DFC vs. the Mostro FA Rotor heads there have absolutely no performance differences, simply a user preference on which rotor system they would like to own, with the DFC being slightly more simplistic due to the lower parts count. They both use the RigidCore™ dampening system and they are both smooth, fast, crisp and agile.